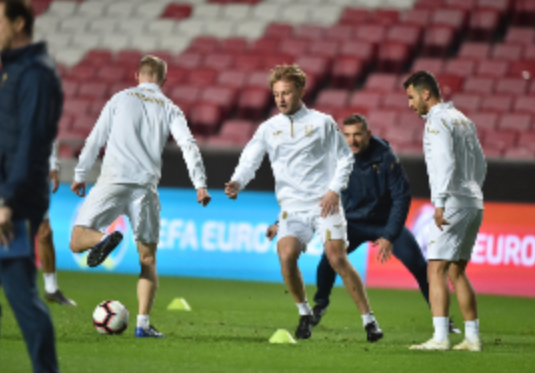 Speaking at the post-match press conference after Ukraine recorded an impressive 3-0 road win against Lithuania, manager Andriy Shevchenko has confirmed that he will certainly make changes to the starting line-up when his team lock horns with Nigeria on Tuesday, September 10.


The AC Milan legend is interested in handing run-outs to the players who have not gotten an opportunity to play for the national team in recent matches.


''It has been half an hour since the end of the match. Tomorrow will be the day of recovery,'' Shevchenko told reporters.


''Let’s see what the players' reaction will be, how the muscles will respond. We’ll come to Dnipro, conduct a pre-game training, and determine the squad.


''I think I have a chance to let out players who do not play. I think you will see more of those names that came out less in the squad.''


One player who won't be involved for the Ukrainians is Marian Shved, with the Celtic midfielder returning to Scotland after suffering an injury.