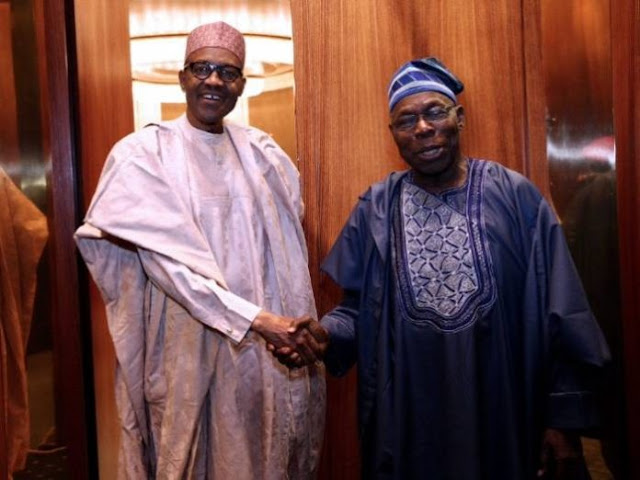 President Muhammadu Buhari has showered encomiums on his former boss and one of his predecessors, Chief Olusegun Obasanjo, describing his life journey as a life of courage, dedication and service to Nigeria, Africa, and humanity in general.

Obasanjo will officially mark his 83rd birthday tomorrow, though he had said he didn’t know his exact birthday and some have said he is older than he claims to be.

Despite their rocky relationship, Buhari spoke floweringly about Obasanjo in a special birthday message.

He also underscored Obasanjo’s sacrifices for the continent, including standing up for democracy in many countries.

As the former president celebrates the auspicious occasion, Buhari prays that the almighty God will grant him longer life, good health and strength to keep serving the nation and the continent.