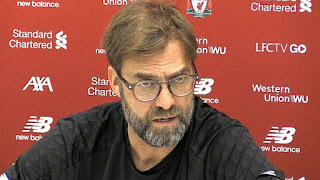 Jurgen Klopp says the potential signing of Thiago Alcantara from Bayern Munich will not mean he is forced to sell any of his current Liverpool stars.

Alcantara has arrived on Merseyside to complete a move which will see the Premier League champions pay £20m with the potential for £5m in add-ons.

Although it initially looked like any deal would be dependent on the future of Georginio Wijnaldum, who is also in the final year of his Anfield contract, Klopp insists it does not mean any imminent departures.

“If it (Thiago signing) happens it has no impact on anyone’s future in a negative way.

“No one has to leave if someone comes in or anything like that. It has no impact.”

“Sometimes you earn it back differently but what is true for us is what we earned on football, we spend on football. That is the short summary of the club’s philosophy and one of the key points.

“We are consistently looking at improvement and I cannot promise we will do something and I cannot say it is 100 per cent sure we don’t.

“It’s a developing situation  a player could come to me and say, ‘boss, I want to go’ – I don’t expect that but it can happen and then we have to react.”